Back to News & Insights

Alcohol and Cancer. ‘Safe drinking’ is not as safe as you think.

Even moderate drinking increases the risk of cancer.

The COVID-19 pandemic has shown how quickly life and society can change. Suddenly, established ways of living, working, and socializing came to a halt.

These changes in our daily routines also present opportunities to assess unexamined modes of being, think creatively, and introduce positive changes.

Most people know that alcohol contributes to heart disease, stroke, liver disease, cognitive impairment, vision damage, and dementias, but they may not be aware that, like tobacco, it also can lead to cancer.

Alcohol is a known carcinogenic recognized by national health departments and the World Health Organization (WHO).  With the increase in alcohol consumption over the pandemic, understanding the serious risks associated with alcohol and taking appropriate actions can improve your wellbeing.

It is not only heavy drinking that is dangerous. Even moderate drinking – whether it be wine, beer, or hard liquor – is linked to certain cancers. 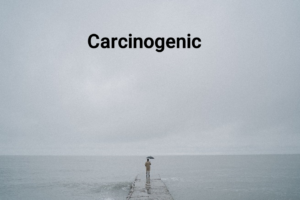 In 2020, alcohol globally caused over 741,300 new cases of cancer as found by a population-based study published in The Lancet Oncology[1].

Although most alcohol-caused cancers in the study were related to risky drinking, Researchers uncovered that drinking just a small glass of wine, a half pint or ¾ of a can of beer a day (the equivalent of about 10g of alcohol) contributed to more than 100,000 global cancer cases in 2020[2].

In fact, a study with data from more than 1,000 alcohol studies and death and disability records from 195 countries from 1990 to 2016, concludes that the optimal number of drinks to consume per day to minimize the overall risk to health is zero.

The study also revealed that heavy and risky drinking in Eastern Asia and Central and Eastern Europe is very high, particularly among males[3].

Why does alcohol cause cancer?

What types of cancer are linked to alcohol consumption?

There is a clear relationship between drinking and the development of certain types of cancer:

How to make changes in your alcohol use

You do not have to classify your drinking as problematic or addictive if you want to change your habits and take care of your health and wellbeing!

Traditionally, alcohol is used to manage both negative and positive states, from stress and anxiety to joyous occasions and excitement. While it helps “unwind”, lose inhibitions, and take a “mental break”, its negative consequences far outweigh these short-term releases.

Over time alcohol can negatively affect mental health, causing not only excessive lows and anxiety the next day, but also exacerbating depression, anxiety, and insomnia – symptoms many may be experiencing already due to the pandemic.

Changing your drinking habits brings positive effects to your physical, mental, and emotional wellbeing. While regular drinking can be a very expected, blueprint way of life, letting go and swapping old customs for new practices can be re-invigorating. Even changing the frequency and amounts of alcohol intake and changing old habits and associations can be advantageous.

While abstinence might seem very different from notions of fun you may be surprised to discover there are more people who do not drink, or drink very rarely, than you expect.

Start by examining your drinking behaviour, patterns, and consequences. Look at your family history of drinking and of alcohol-related diseases. Try introducing new activities in times when you would normally drink or sample the ever-growing variety of non-alcoholic drinks beyond sodas and juices. If you need support, there are many groups and communities online or in-person on a similar journey.

[2] How much alcohol is included in a standard drink varies by country. Hong Kong and the WHO define a standard drink as one with 10g of pure alcohol (the equivalent of a half pint or small wine), the same as New Zealand. However, in the UK the figure is lower at 8g, while in other countries higher contents of alcohol constitute a single unit such as Mexico and Chile where it is 14g, or Austria where it is 20g. Most mixed drinks contain about 12g of alcohol.

[3] The numbers are likely to be underestimated because they only include cancers where there is strong evidence of alcohol being the cause and did not include former drinking.