Back to News & Insights

Learn more about this deadliest of cancers - its symptoms, how to help early detection, and advances in treatments 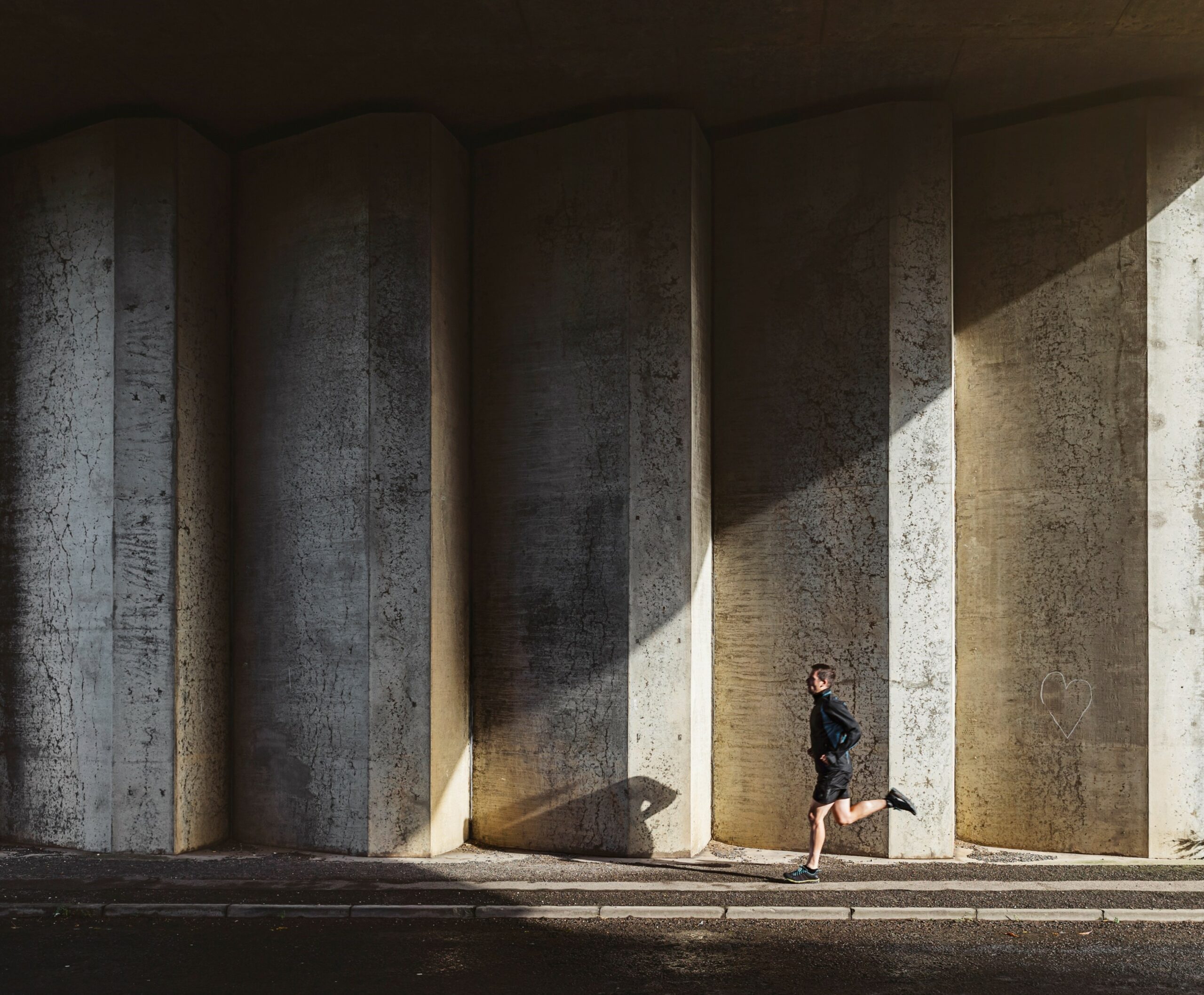 More people die from lung cancer than any other cancer: 1.8 million deaths worldwide in 2020. It is also the second most frequent cancer: 2.21 million cases in 2020, second to breast cancer on a global basis. In many countries, it is the most common type of cancer.

The survival rate is much higher for cancer cases detected when the disease is still localized (within the lungs). However, about half of all people with lung cancer are still diagnosed in the advanced stages. When the cancer has spread to other organs (metastasized), the 5-year survival rate massively drops.

For this reason, it is important to learn about the symptoms and regular testing you can undertake if you are or where a smoker (particularly in the last 15 years) and understand the improvements in treatment.

Cancer can start in any organ or tissue of the body. It is caused by changes to genes. Harmful mutations change normal cells into cancer cells that grow and divide uncontrollably.

Generally, many mutations are required before a cell becomes a cancer cell. They can happen by chance, from an inherited abnormal gene, or damage to DNA from harmful substances or carcinogens like tobacco and the many poisonous chemicals in tobacco smoke. 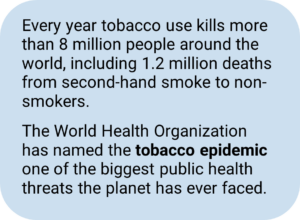 Tobacco use is the single most important risk factor for cancer. It is responsible for almost 1 in 4 cancer deaths.

Tobacco use is responsible for 70% of lung cancers but it is also a major risk factor increasing the likelihood of many types of cancer.

Most lung cancers do not cause any symptoms until they have spread but some people with early lung cancer do have symptoms. If you have any of these problems go see a doctor right away – even if it is not lung cancer you might need medical attention:

If lung cancer spreads to other parts of the body, it may cause:

Two elements that improve the likelihood of surviving lung cancer are:

Lung cancer diagnosis happens by examining lung cells samples. If your doctor suspects lung cancer they will perform tests such as imaging tests and/or biopsies of the lung. They will also test to see if the cancer has spread.

In Japan, mortality from lung cancer (although still the top cause of death among men above age 65) is lower than other countries which has been attributed to improvements to and rise in cancer screening rates.

In the US where lung cancer is also the leading cause of cancer death, it is estimated that early detection by low dose CT screening could decrease lung cancer mortality by 14-20 %. However, only a small percentage are diagnosed at an early stage.

Treatment for lung cancer is performed by a team of specialists from different medical cancer departments who work together to provide the best possible treatment.

The type of treatment depends on several factors such as: type of lung cancer (non-small-cell or small-cell mutations on the cancer), size and position of cancer, stage of cancer (how advanced it is), and overall health. Your treatment team will make recommendations, but the final decision will be yours.

Common treatment options include: surgery, radiotherapy, chemotherapy, immunotherapy and targeted therapies, and/or a combination of these.

The last two are sometimes referred to as biological therapies. These medicines are designed to prevent or slow the growth of cancer cells and to prevent spreading. They are recommended for cancers with specific mutations. Some types of biological therapy are available only in clinical trials and this is highly active area of research.

Some biological therapies use the body’s immune system to kill cancer cells. There are several ways they can do this and there are many types like: angiogenesis inhibitors, biochemotherapy, cancer vaccines, chimeric antigen receptor (CAR) T-cell therapy, gene therapy, immune checkpoint modulators, monoclonal antibodies, and targeted drug therapy.

Biological therapies are making a difference on cancer mortality rates. Deaths from non-small cell lung cancer, the most common type, have been declining in the US over the last decade faster than the rate of diagnosis.

A recent study in the US published in the National Cancer Institute found that the survival benefit of targeted therapies for lung cancer demonstrated in clinical trials is positively impacting US population mortality and survival rates. Researchers conclude that this correlates with the approval of various targeted therapies and routine genetic testing for certain mutations since 2013 and from 2016 when immune checkpoint inhibitors use began to spread. 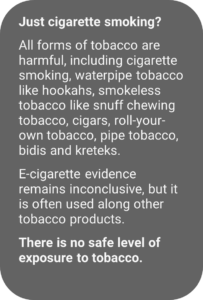 Tobacco use can lead to cardiovascular disease. Smoking affects the heart, blood vessels, and circulation. It multiplies the risk of coronary heart disease, infarcts, and strokes. It is also a cause of type 2 diabetes.  Smoking can also be responsible for serious respiratory illnesses like chronic pulmonary disease, emphysema, and chronic bronchitis.

If you do use tobacco don’t be deterred by the risks and damage. It is not too late to act. Quitting tobacco adds years to your life.

The benefits and health gains start as soon as 72 hours after you stop. For example, lungs can regenerate and repair themselves over time. The speed with which they heal depends on how long you smoked and how much damage is present. The risk of cancer and heart disease also drops by half in 10 years.